The resources are plentiful. Google, read, talk to other straight folks about being an ally. As Pride month ends, may we pray for those in the LGBTQ community and all working to be allies. May we follow the teachings of Jesus - love our neighbors as ourselves - and as one of Sunday school children said, “And really mean it!”

Allyship is an evolving journey . . . 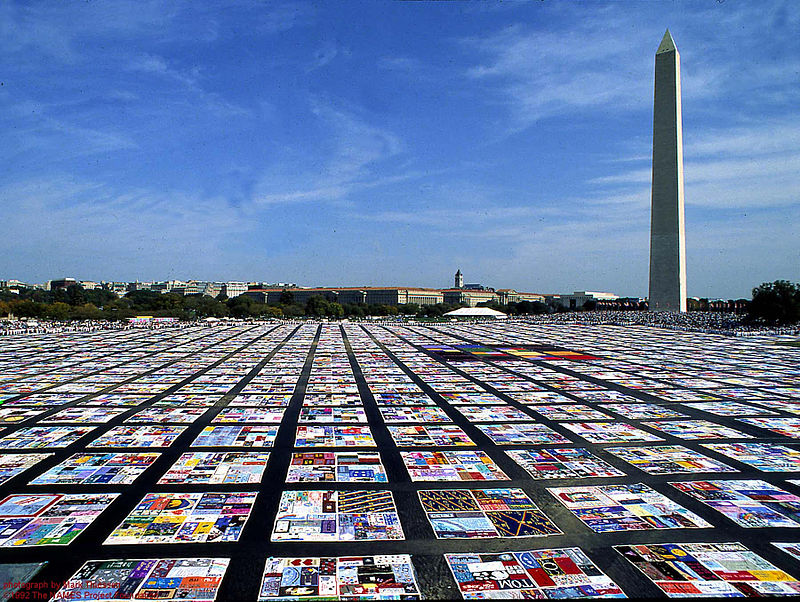 During my hospital chaplaincy residency in the late eighties, the AIDS epidemic and the transmission of AIDS were a topic of daily conversation. On my assigned unit, a wonderful man who was the son of a conversation pastor became very dear to my heart. I watched him decline over a two month stay. As AIDS robbed him of movement and he began to lose his voice, he asked me to contact his father. His dad did visit. However, by the time he arrived, Bob could no longer speak. What I witnessed as that remorseful father entered the room of his dying son has never left me. I watched father who had judged and turned his back on his son because he was gay, fall over him, weep, and beg for forgiveness. Bob’s kind blue eyes filled with love and grace as he nodded his head. Holy ground - I was on standing holy ground that day.

When the AIDS quilt came to Dallas that year, I painted a panel for Bob. He lives on in my heart when I think of redemption and grace. I did not know it at the time, but Bob is a very influential person on my journey toward being an intentional ally.

In 1993 I gathered with my straight Boston clergy team to attend a conference on being a straight ally. “Straight ally” was not the term that we knew at the time. We were beginning to talk about the Open and Affirming process and were clear that we needed to understand more. The time was incredibly enlightening. The leaders gave us room to ask questions and begin understanding the spectrum of sexual orientation. By 1999 Milton and I had the amazing gift of supporting our foster daughter as she came out.  After school that day, we celebrated with a rainbow cake.  Thankfully she attended a school in which a group called Spectrum (gay-straight alliance) validated each person and orientation.

There is an organization that has been around since the 1970’s. Parents, Families and Friends of Lesbians and Gays and Allies (PFLAG) offer these simple reminders about being a straight ally:

The resources are plentiful. Google, read, talk to other straight folks about being an ally. As Pride month ends, may we pray for those in the LGBTQ community and all working to be allies. May we follow the teachings of Jesus - love our neighbors as ourselves - and as one of Sunday school children said, “And really mean it!”

The Rev. Dr. Ginger Brasher-Cunningham,  Lead Minister, has served First Church since November 2015. She received  her Doctor of Ministry in Pastoral Care and Counseling after serving in prison, hospice, and hospital chaplaincy settings. Ginger has pastored congregations in  Massachusetts and North Carolina. She and her minister/ chef/ author husband, The Rev. Milton Brasher-Cunningham, live in Guilford with their three schnauzers and remain dedicated Red Sox fans.

A Greeting from our Lead Minister
Welcome to First Congregational Church Guilford! Our congregation is a collection of thoughtful and eclectic folks, who joyfully welcome visitors with a loaf of homemade bread and embrace new members by sharing faith and community. We are perfectly flawed people who seek to practice justice and kindness in our church, town, and beyond. The United Church of Christ motto is, “No matter who you are or where you are on life’s journey, you are welcome here!” We voice these words every Sunday because we want all to know that in this community of faith each person is both welcomed and wanted. Please see our calendar of worship times and events, and come as you are and as you can. We hope to see you soon.
Peace, Rev. Dr. Ginger Brasher-Cunningham