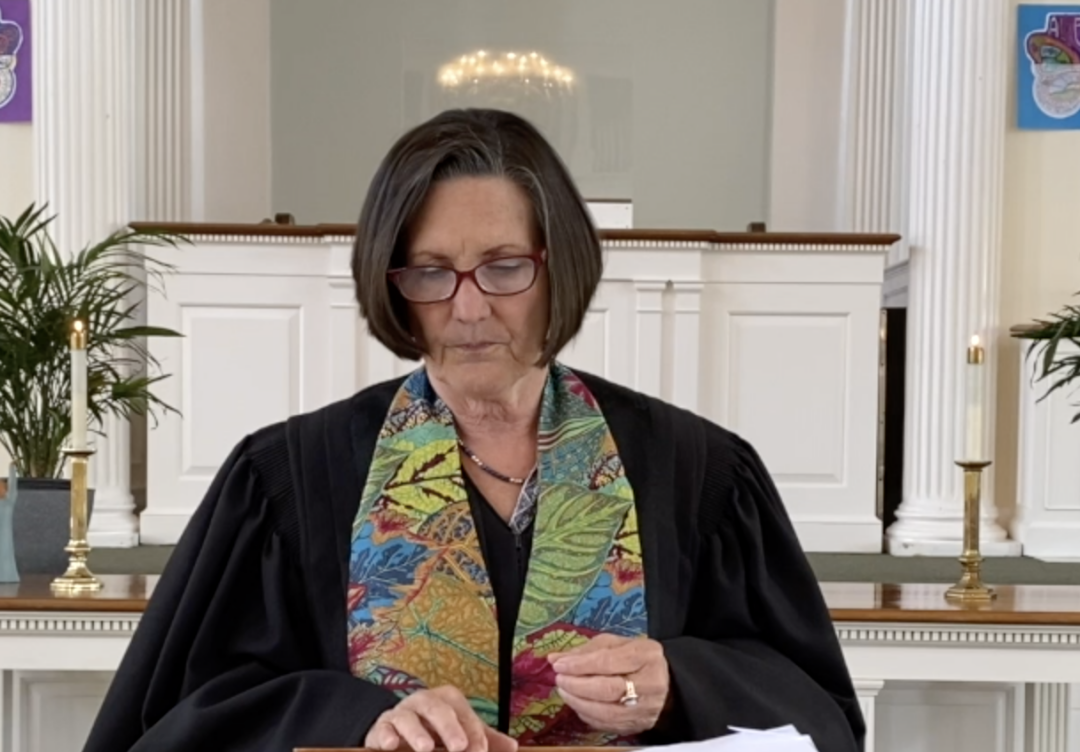 A week ago Wednesday I virtually attended a conversation between Christopher Rothko, son of artist Mark Rothko and Dr. Sheldon Nodelman, art historian of note. They were brought together on the occasion of the 50th Anniversary of the Rothko Chapel in Houston, TX. The Rothko Chapel has been hosting some wonderful opportunities for engagement with the chapel, its mission, and spirituality. All virtual, of course.

The chapel’s vision is ‘to create an opportunity for spiritual growth and dialogue that illuminate our shared humanity and inspire to action leading to a world in which all are treated with respect and dignity.’[i] It is an interfaith chapel that brings in different aspects of the worlds great religions and leaders for gathering.

The chapel is stark and modern and has large monochromatic, abstract expressionistic paintings by Rothko that are hard-edged black rectangles on a maroon ground.  I believe there are 8 of them that surround you from almost floor to ceiling. His work broke open the field of abstract expressionism in the 50’s and later on in the technique of color field painting of the 60’s.

The work in the chapel has been described as religious art without the mention or image of God. Rothko himself was not a believer in any religion. And yet, these large paintings evoke a spiritual depth that is something to be experienced rather that described or just looked at as if in a museum. I have never seen them myself, but many have said that they are transcendent, and move you deeper into your spiritual journey and life.

How, you might ask, is this possible or even relevant for today? Well Rothko’s work, his entire body of work, moves me in ways that invoke my spirit and lets me soar because they are non-representational. They give me no image to grasp on to like a Madonna and child, or suffering Jesus on the cross, or Jesus at the helm of a ship, or a particular theology or dogma like the Sistine Chapel does. These old master works of art, as beautiful as they are, let you know what and how to believe.  That’s ok, they are an affirmation of Christian belief and faith. But personally, I don’t want to be locked in to a particular doctrine.

Rothko’s paintings do not evoke a particular theology. Yet, they are evocative and profoundly spiritual. They draw you in because of the depth of paint and glazing.  Because they are non-representational they allow you to create, or vision a spiritual life which can incorporate all of your religiously held beliefs, or not.  It’s as almost you are gazing at a blank screen or wall that’s primed to be painted. You can create something from nothing. You can craft and make meaning for your life in ways that make sense for you. You are not forsaking your faith, but allowing the canvas with all of its strength, and ambiguous movement to enhance your faith and to move it to where it needs to go next. From nothing comes something.

It’s not so far fetched, or whacky art. And I am not a nut case - stick with me on this one! The book of Genesis records that God brought forth creation, Ex nihilo, or out of nothing. And look how beautiful that turned out! Even with all of our faults, and there are so many ways in which we have marred it, this created world is stunning with beauty and majesty, as is the universe. Again, a blank canvas, or the void just waiting for the movement of waters upon the earth, and the light to shine upon it. It is waiting for relational engagement. It has a beauty on its own but is that much more powerful when viewed in relationship with humans. If you recall the creation story, first comes light, then sky, land, vegetation, sun and moon, living creatures and birds. Then, God created humankind. We came last because all of creation would be for naught if there wasn’t relational engagement of the human-kind. From nothing comes something.

The passage for reflection that Jake read earlier is a post-resurrection story. The resurrection of Christ is in the past and, more importantly, has changed everything for the disciples. They had at least some modicum of clarity of what Jesus expected of them, which was good, but others were new to the movement, they were converts to the belief system being formed known as ‘the Way’.  They are not Christians yet, all of that dogma and belief has yet to be sorted out.  So, the newbies needed to figure it out too, they were just trying to define who they were, incorporating the teachings of Christ, but without his physical presence. It was a confusing time for them.

It’s kind of like trying to reorient yourself after a dear one has died. Questions like, ‘who am I now?’, ‘how do I proceed given all that has happened and I have now a new reality?’ They are not easy questions, and it is heartbreaking and painful to try and discern the future when you really don’t want to. That is exactly where we find the disciples and the other followers.  They have mourned Jesus’ death, they could attest to his resurrection. They witnessed his ascension. Now what? They know they want and need community. But how, as a community of people with like minds and kindred spirits, are they supposed to organize themselves? But great grace was upon them and here we are today.

There are two themes in this particular little passage from the Book of Acts. The clearest and probably the easiest theme to understand is need for unity in their community. They were in agreement that they needed one another and could benefit from their shared experience and understanding of what had just happened. I think we can understand that after this past year, right? We’ve been longing to get back to the church, this beloved ‘sanctuary’ and to sit next to friends that we’ve not been able to see or worship with all year.

The second theme is the care and concern for others in the community regarding the distribution of resources and goods. This theme, of course, is the more questionable or debatable one. It still is today because currently, in this political climate it walks a fine line between differing political ideologies. For our purposes today we are not going down that road. Suffice it to say, all are worthy of having basic resources to sustain their lives. I think we could all agree to that.

While these themes are sermons in and of themselves, I want to reflect with you on what it means to have an empty canvas before you because I believe that is exactly what this new community of believers, ‘the way,’ were facing. How were they going to create, from scratch, a new caring community?  How do they craft something from nothing, or forage a future from a past that is no longer?

This is where we are as a church, too. How do we worship and be together post-pandemic? We are different now. We’ve got a good foundation with which to strategically build our future. It’ll take some creativity, hard work, and lot’s of patience and love.

I also think graduation time is like this. That degree, certificate or diploma that you received, while it has words on it telling you what, or who you are academically, and it’s a real achievement, it doesn’t land you a job, or an identity, or a life of fulfillment. While it hopefully put a few more tools in your proverbial toolbox, I see it rather as a blank canvas that is begging for relational engagement.

It’s exciting and daunting all mingled together. Graduation is wrought with emotion.  I was so excited when I graduated seminary, but yet there was this sadness as I drove down the hill one last time. I wondered what I would do with all my time not driving up to Andover Newton once a week. How would I organize my time without having to cram the books and the Bible?  And there was also this fear, fear of the unknown, fear of failure, fear of making a mistake, fear of feeling like an imposter with a piece of paper that said otherwise. How was I to create a new reality?

Yet, it was one of the most exciting times as well because there were so many directions my ministry could take. It was all just waiting for me to grasp it, define it, refine it and live it. And, of course, heed God’s call.  From nothing comes something, and that something is you. So be true to yourself, as God is true to you.

At the end of my first CPE (Clinical Pastoral Education) unit, our supervisor left us with a quote that has no known source, but it is a quote that I repeat as often as necessary to myself.

When you come to the edge of all the light you know and are about to step off into the darkness of the unknown, faith is knowing one of two things will happen: there will be something solid to stand on, or you will be taught to fly.[iii] 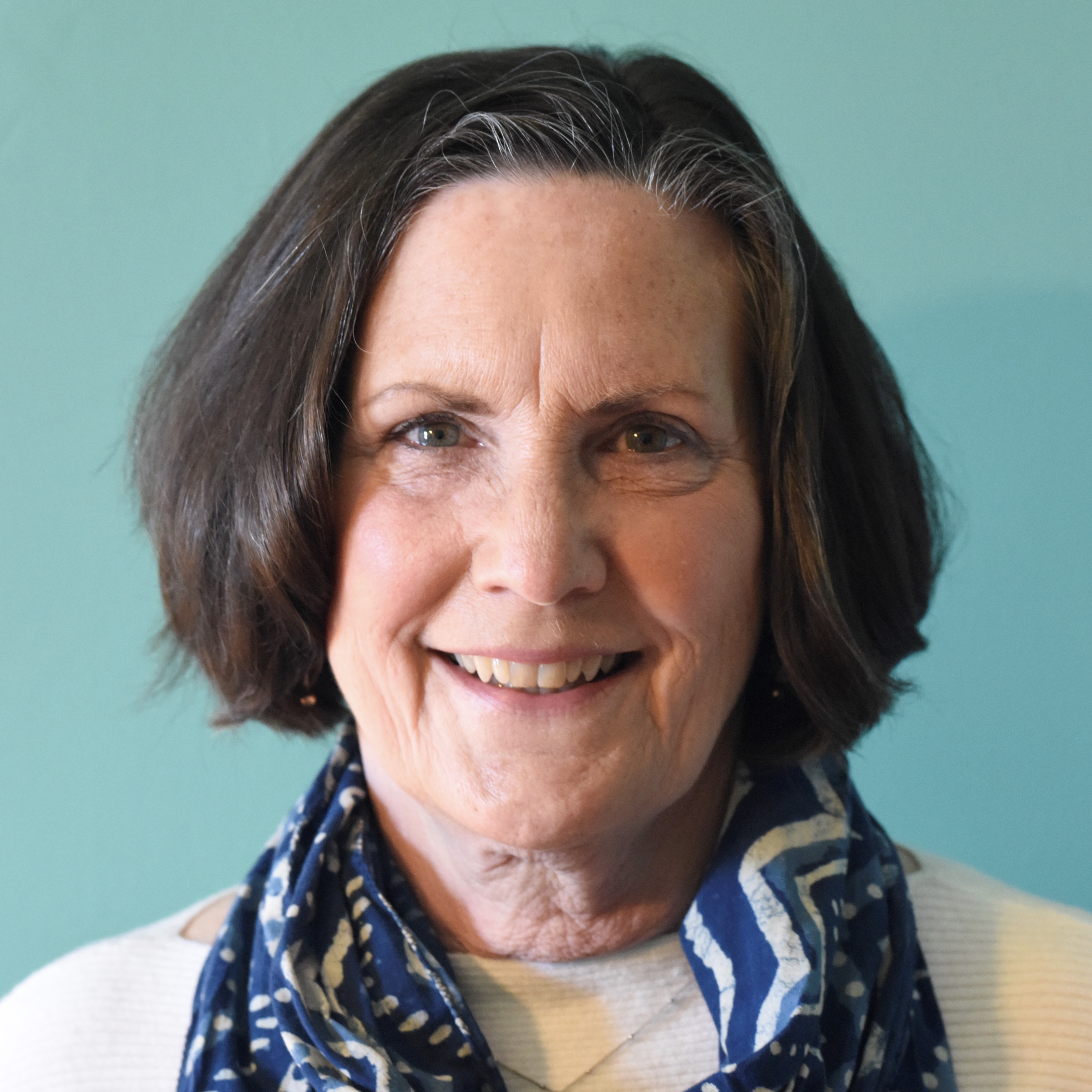