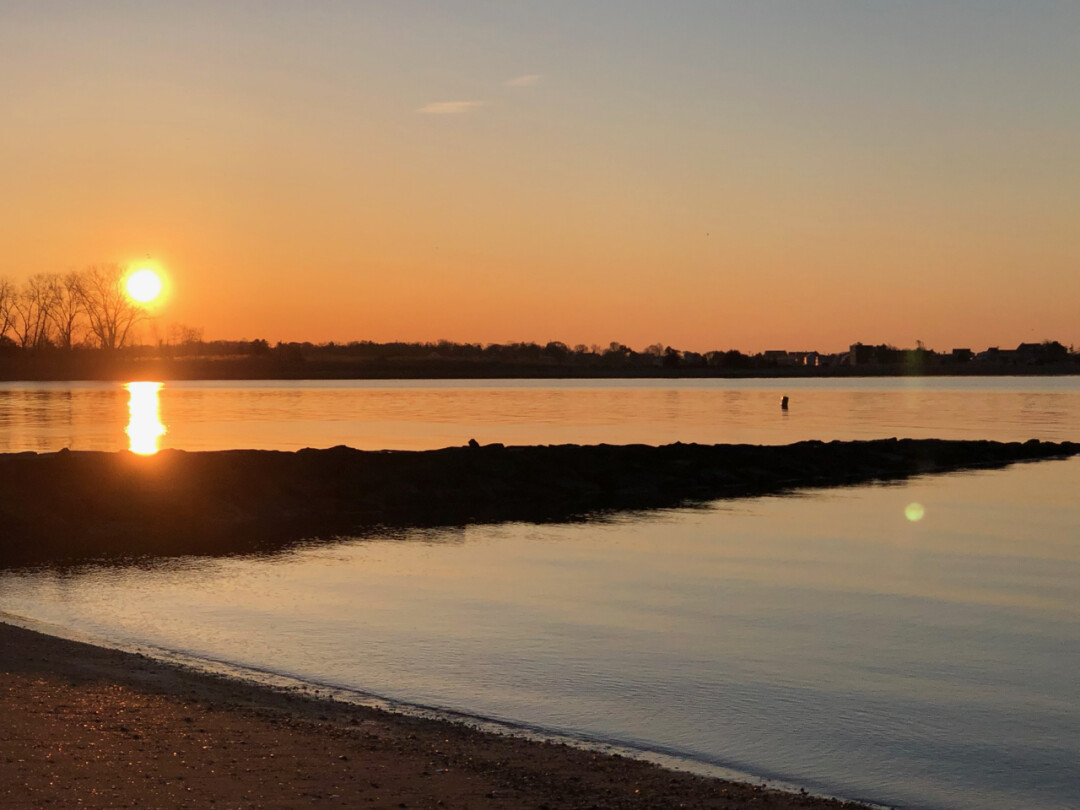 In the opening salvo of Tom Andersen’s seminal history of Long Island Sound, published by Yale University Press in 2002, Andersen cites the deeply meaningful ways people have described their encounters with the Sound over the centuries. “Its beauty rivaled that of any waterway in the world.” To Daniel Webster, Long Island Sound justified a metaphor that conjured classical landscapes and seascapes: he called it the “Mediterranean of the Western Hemisphere.” [It is the Sea of Galilee of North America] The Sound’s [quote]“beautiful, varied, and picturesque…inlets, necks, and sea-like expansions” charmed Walt Whitman…Timothy Dwight, the president of Yale College two hundred years ago, thought that no sea or ocean or bay could be more pleasant than the Sound, nothing could compare to the seascapes and landfalls that make up what he called “this fine piece of water.”[1]

We all can relate. This “fine piece of water” is the heritage of Guilford and all of us along the Shoreline. Can’t you always sense it stirring nearby? As a young person, who only spent only summers in Connecticut, I can remember the first trip every summer with dad in his Boston Whaler. Down the river from Chester we would wind until the moment when we would round the final bend in the river at Essex and would catch our first glimpse of the Sound opening up before us beyond the lighthouse at Fenwick Point and Saybrook Point. My sense of call, buried deep in my soul, to live on the Sound and to be part of this community, began decades ago on those summer days.

Now, once we were in the Sound, it was time for fishing. My dad is still today an “every weekend” Sound fisherman, so in the summer I often was willingly conscripted into his crew. Watching the big trawlers and sport fishing boats heading towards open sea, marveling at their big nets, we would bob up and down in the little Whaler mending crossways fishing lines in the sun and holding the net for each other. Andersen also describes in his book how fishing has been a fundamental part of Sound-life since the earliest people who inhabited these lands stumbled upon it after the last ice age, how it sustained the early settlers to towns like Guilford, and how it sustains us spiritually today. The environmental health of the Sound is a barometer for the Spiritual Health of the communities around it.

This Sound culture makes us a spiritual-akin people to those whom Jesus first called as his disciples at the Sea of Galilee in our lectionary reading today from Matthew 4:18-23. Scholar William Barkley described the Sea of Galilee from our passage in the following way: “In the time of Jesus, the Sea of Galilee was thick with fishing boats…There were three methods of fishing with the casting net. The net was circular, and might be as much as nine feet across. It was skillfully cast into the water from the land, or from the shallow water at the edge of the lake. It was weighed with pellets of lead round the circumference. It sank into the sea and surrounded the fishes; it was then drawn through the water as if the top of a bell tent were being drawn to land, and in it the fish were caught. That was the kind of net that Peter and Andrew, and James and John, were handling when Jesus saw them. [The net was called] the amphiblestron.” Barkley goes on to say that this style of fishing required a unique set of skills and personalities: “Patience, perseverance, courage, an eye for the right moment/ timing, the ability to fit the bait to the fish, and to keep himself out of sight...discretion”[2]

Now, one thing my sister and I learned very young as part of my dad’s weekend crew is that fishing is about 2% (if you are lucky) actually the exhilarating fun of reeling in the fish. The other 98% is the preparing of the boat, the cleaning of the boat and rods and nets after the expedition, preparing the bait, the general work and chores that make that 2% of joy possible. Fishing is an exercise in attention to details and the Spiritual Practice of Patience, as William Barkley points out. The vast majority of the time involved in fishing is the preparing and the mending of the equipment.

This was also true in the time of Jesus, and thinking about this helps us see our text today in slightly new light. Our passage today is traditionally labeled as “The Start of Jesus Ministry” and it sets the tone for everything to come, so every detail matter. We love to focus on the fact that Jesus picked fishermen as Disciples—the action, the sea, the skill of catching fish, but what we miss is verse 21: “They were in their boat with their father Zebedee, preparing or mending their nets. Jesus called them.” One scholar did some research and wrote of this passage, that, “One of the most important skills of fishermen was making and mending nets. Made of linen, a common fabric used in the ancient Near East, these nets had to be carefully cleaned and dried each day or they would quickly rot and wear out. The majority of a fisherman's life probably was spent mending nets. Net weights, small pieces of stone with holes drilled in them, were fastened to the bottom of the nets. This too took time.”[3]

Like the old joke, the first disciples literally majored in Underwater Basket Weaving. What is described here isn’t some macho image of a fisherman with big stories to tell (that isn’t Christianity and it isn’t why Jesus calls us to be Disciples), but it is that of the attentive craftsman working with linen. Church is an art; it is delicate and time-consuming craft. In this age when we are all seeking authenticity, artisanship, and local/ hand crafted work—this should be an awakening to our fundamental work of being craftspeople of the Scared.

Think about this—Jesus was a carpenter from the landlocked city of Nazareth, and Scripture only indicates that his family vacations were their annual pilgrimage to the equally landlocked Jerusalem, so now as an adult he is probably amazed, enthralled by the skill and patience… attention to details and logics of the fishermen. Jesus, a landlocked carpenter, must have beheld the fishermen’s skills with awe and appreciation. The fact that Matthew gives special attention, especially at this most pivotal of moments in the Jesus story, to the fact that some of the disciples were mending nets when they were called matters!

My professor of New Testament at Emory and world-renowned scholar, Dr. Carl Holliday points out that, “If we ask why Matthew became the First Gospel, part of the answer must be its didactic quality. It shows all the signs of having been composed by someone familiar with teaching techniques and learning strategies… [it suggests] an organized mind at work. But more than that, they reflect the mind of a teacher, someone interested in composing a narrative about Jesus that could also serve as a handbook for the church. This suggests that Matthew was composed with the church’s needs in mind. So pervasive is this catechetical interest that one scholar saw Matthew as a converted rabbi—a plausible suggestion because of the numerous formulaic expressions and teaching devices typical of rabbinic teaching.”[4]

None of this fishing business is a fluke! Everything in Matthew is on purpose. Jesus doesn’t call the Disciples when they are in the middle of a huge catch. They don’t get to share a big fish story with their Messiah! They aren’t called when they are profiting from or eating the fish. They are called while preparing or mending their nets—a detail-oriented task that consumed most of their lives and attention, one that made the fun of catching the fish possible. The mending of nets is the Spiritual Practice we are called to as Christians of loving the everyday, the mundane, the meeting as much as the “fun” results. Spiritual Wellness is learning to love the attention given to cleaning the boat after fishing.

How many of us in Church have forgotten the joy of events that help us mend our nets? We all love the fun of showing up at a well-organized event (organized by others), to help with a protest (photo op), to listen to a perfectly executed anthem and prelude, and the chance to listen to and critique the sermon of the new minister (entertaining)—but do we also find equal love for the work and the purpose of committee meetings, Annual Meeting, and the day to day logistics of being church. Our Scripture passage today suggests that being Church and being Christian is equally found in the tedium of ecclesial life as it is found in the tremendous of Christmas Eve or Easter fanfare.

Jesus, especially in the detail-oriented Gospel of Matthew, calls fishermen while they were mending nets. They loved the big picture of the Gospel, but they also found meaning and joy in the details, the prep work, the tenderly tedious weaving of preparation as Sacred.

Church, at its best, focuses on the core task of crafting spaces of love and healing. We are called every week on Sunday to this space. We receive each other in the abundance of grace and passing of peace. We mend hearts through song, Communion, prayer—joy and concern, and then equipped and prepared to send each other back out into the world with mended nets—mended hearts, souls, ethics, and courage. We cast again into the world in benediction.

Mended as an institution and as individuals, we are ready to once again try our luck, attempt the impossible, challenge the status quo… and disturb the waters of today with nets of change for Love. This is the heart of Jesus the Christ! We are the artisans who make it possible in relationship with the Divine love of Christ.

As we work this week to prepare our hearts for the great mending, administrative event of the year—the Annual Meeting—may we know that we are preparing our hearts for the heart of what it means to be Church. We are called to be craftspeople, net artisans, underwater basket weavers of love.

Can you feel it calling to you from across the Green? I can. I have since I was a child. Close your eyes—Guilford is one with the Sound—the Mediterranean—the Sea of Galilee of North America. This “fine piece of water” which we call home shall serve as a reminder that we are both called to the wild adventure of fishing (justice work, action, preaching, fun of reeling in results), but we are also called to the pastoral, the administrative, the meetings that mend our nets institutionally and individually for today and all of our tomorrows here, as always, in the Southernly Part about Quinnipiac at this the First Church in Guilford. 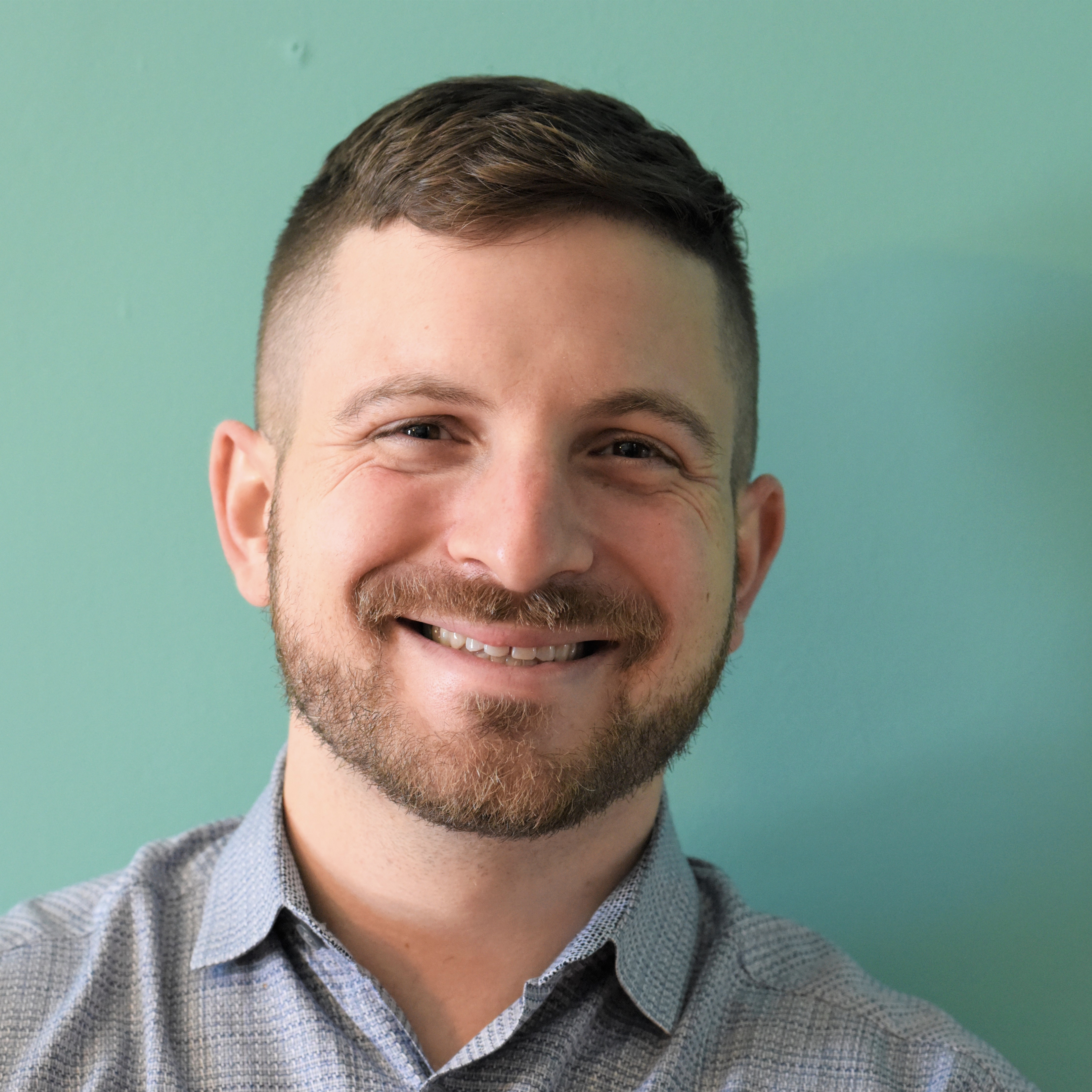